The day after… …the splash Festival in Ferropolis/Central Germany, 2016.

We collected all the useful trash from only a little part of the campgrounds and were well equipped for the next stage of the floating island. It was about transforming the collected tents and stuff into a floating, illuminated campsite around the Insula-Communis.

We also needed some floating gardens on our island. In Mai, we already had started an Urban Garden project with the neighbouring refugees, so we only had to replace the plants onto some garden-floats…

Every Maker-Camp is lots of work with crazy and interesting people having so much fun in creating stuff together. Deep learnings and relations, intensive situations included and lots of joy, fun and love…

Another goal was the prototyping and test of a hexagonal float, made out of concrete. Many island-builder finally focus on the hexagon as the basic geometric construction unit for larger and diverse shapes. It was easy and worked pretty well – mostly with an out boarder attached to it 🙂 But we´re not happy with the environmental footprint of concrete and it also is too expensive and heavy. Next time, we´ll try a metal hexagon and in the end want to up cycle plastic waste anyway. For now, the „hexafloat“ was just fine.

Actually, we would´t have needed the MELT!-festival to party and enjoy…

…but then it started and was just unbelievable great! There was a Berlin-based artist group around the corner and together, we created the most magic spot on the festival for positive minds, change-makers, unicorns and alike… And there were quite a lot of them at this electro-/rock-festival.

Of course we also enjoyed the concerts on the many stages  and the impressive light shows at this special place in midst the industrial dinosaurs of the brown coal mining industry. But after 3 days of permanent beats and energy, we were happy to come to a rest and stay a little longer.

After the festivals, we opened the Insula Communis to the regular public, hat a great refugee beachparty and hold some interdisciplinary island-talks together with the Ferropolis GmbH. Not to forget an epic Maker-moment… But that´s a different story – you´ll find it in part III of this documentary soon 🙂 If you want to know more about the actual Open-Island projects, join the facebook-group or check our website. 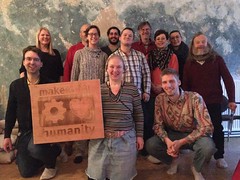 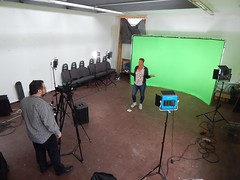 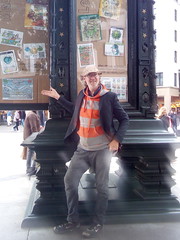